UPHS and Princeton Health leaders announced the transaction on January 9, after receiving all necessary regulatory approvals. The plan was first announced in December 2016.

“The joining together of Princeton Health and Penn Medicine represents an exciting new chapter in Penn Medicine’s growth. Princeton Health has an impressive reputation for providing high-quality care to patients close to home, and innovating in many types of community-based health and wellness initiatives,” said Ralph W. Muller, CEO of the University of Pennsylvania Health System. “Now, we can offer a powerful partnership to patients throughout the region Princeton Health serves, continuing the services they already depend on, coupled with access to world-class care for complex conditions and innovative clinical trials available at Penn Medicine.”

The University of Pennsylvania Health System includes five highly regarded hospitals in Pennsylvania as well as primary and specialty physician networks and outpatient facilities, home and hospice services. The Hospital of the University of Pennsylvania (HUP) and Penn Presbyterian Medical Center have together been consistently recognized as an Honor Roll Hospital in the U.S. News & World Report Best Hospitals rankings, including the past four years in the nation’s top 10 hospitals. The University of Pennsylvania Health System is part of Penn Medicine, along with the Raymond and Ruth Perelman School of Medicine, which consistently ranks in U.S. News & World Report’s top five medical schools and among the nation’s five leading medical schools for National Institutes of Health funding.

“This is a significant day in our history, and we look forward to being an even stronger organization, clinically and financially, as we continue to fulfill our almost century-old mission of serving this community,” said Princeton Health President and CEO Barry S. Rabner. “We could not ask for a better partner than Penn Medicine. Members of our community will continue to receive high-quality care right here, close to home. They also will benefit from easier access to the latest medical breakthroughs, clinical trials, cutting-edge technologies and specialized clinical expertise—both here and elsewhere in the Penn Medicine system.”

“Our Trustees engaged community members, physicians and employees in a thorough, two-year process to evaluate and select a partner,” said Kim Pimley, Chairman, Princeton Health Board of Trustees. “In Penn Medicine, we found a partner that shares our values. Together, we can make world-class care more accessible to the people in the communities we serve. We are delighted to begin a shared future with Penn Medicine.”

Penn Medicine is one of the world's leading academic medical centers, dedicated to the related missions of medical education, biomedical research, and excellence in patient care. Penn Medicine consists of the Raymond and Ruth Perelman School of Medicine at the University of Pennsylvania (founded in 1765 as the nation's first medical school) and the University of Pennsylvania Health System, which together form a $6.7 billion enterprise.

The Perelman School of Medicine has been ranked among the top five medical schools in the United States for the past 20 years, according to U.S. News & World Report's survey of research-oriented medical schools. The School is consistently among the nation's top recipients of funding from the National Institutes of Health, with $392 million awarded in the 2016 fiscal year.

The University of Pennsylvania Health System's patient care facilities include: The Hospital of the University of Pennsylvania and Penn Presbyterian Medical Center — which are recognized as one of the nation's top "Honor Roll" hospitals by U.S. News & World Report — Chester County Hospital; Lancaster General Health; Penn Wissahickon Hospice; and Pennsylvania Hospital — the nation's first hospital, founded in 1751. Additional affiliated inpatient care facilities and services throughout the Philadelphia region include Good Shepherd Penn Partners, a partnership between Good Shepherd Rehabilitation Network and Penn Medicine.

Penn Medicine is committed to improving lives and health through a variety of community-based programs and activities. In fiscal year 2016, Penn Medicine provided $393 million to benefit our community. 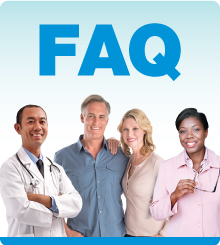